The Center for Prevention of Abuse (CFPA) has rescheduled Light 2021: A Virtual Conference on Human Trafficking for May 12-13, 2021 and registration is now open!

The free community night will take place on May 11, 2021 and is currently scheduled as a virtual event.

Light will bring together experts and industry leaders to share best practices, campaigns and technology, preventative efforts, survivor care, and strategies to help prevent, combat, and respond to the human trafficking crisis.

For questions or concerns, please reach out to Camille and cyameen@centerforpreventionofabuse.org.

Author, Free Cyntoia: My Search for Redemption in the American Prison System
President and Co-Founder, The JFAM Foundation

Cyntoia Brown-Long
Author, Free Cyntoia: My Search for Redemption in the American Prison System
President and Co-Founder, The JFAM Foundation

Cyntoia Brown-Long is an author, speaker, and advocate for criminal justice reform and victims of trafficking.

Cyntoia had a difficult start in life. She was born to an alcoholic, teenage mother who was a victim of sex trafficking.  Cyntoia experienced a sense of isolation, low self-esteem, and alienation that drove her straight into the hands of a predator. Cyntoia was trafficked during her early teenage years and, at the age of 16, was arrested for killing a man who solicited her for sex. She was tried as an adult and was sentenced to life in prison without the chance of parole for 51 years. Her trafficker was never arrested. In prison, Cyntoia’s life took a dramatic turn when the prison education principal took her under her wing and introduced her to a spiritual path. She encouraged her to build a positive life in prison and to resist the negative influences that lead to despair.

Cyntoia’s journey was a roller coaster ride that included a documentary about her life, a profound encounter with God, an unlikely romance, and, eventually, a commuted sentence by Tennessee Governor Bill Haslam.  She received unprecedented national and international support from social media advocates, pastors, and celebrities and was released from prison in Nashville, TN, on August 7, 2019.

Her memoir, Free Cyntoia: My Search for Redemption in the American Prison System (Atria Books), written while in prison, documents her early years and the 15 years she was incarcerated and takes readers on a coming-of-age spiritual journey.  Set against the shocking backdrop of a life behind bars and the injustice of sentencing sex-trafficked juveniles as adults, Cyntoia struggled to overcome a legacy of birth-family addiction and a lifetime of being ostracized and abandoned by society. Of her time in prison, Cyntoia says, “I was just a teenager when I was sent to live behind a razor-wire fence. My entire coming of age was within the walls of the Tennessee Prison for Women.” She is a 2020 Nominee for the NCAAP Literary Image Award and has been featured as a guest columnist for the Washington Post.

Cyntoia hopes her story will not only inspire others but also shine a light on the injustice that people still face on a daily basis, especially the injustice to women and children in American prisons.  She, with her husband, Jaime, is the founder of the Foundation for Justice, Freedom, and Mercy. In January of 2020 the Vera Institute of Justice recognized Cyntoia as one of the Best of Justice Reform honorees. As a thought leader for legislative and societal reform, Cyntoia is available to speak to a wide variety of organizations. 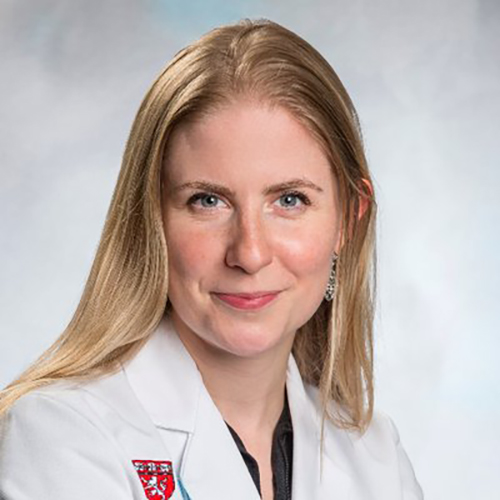 Hanni Stoklosa, MD, MPH, Executive Director, is a Co-Founder of HEAL Trafficking, an emergency physician at Brigham and Women’s Hospital (BWH) with appointments at Harvard Medical School and the Harvard Humanitarian Initiative. She is Director of the Global Women’s Health Fellowship at BWH, Connors Center. Dr. Stoklosa is an internationally recognized expert, advocate, researcher, and speaker on the wellbeing of trafficking survivors in the U.S. and internationally through a public health lens. She has advised the United Nations, International Organization for Migration, U.S. Department of Health and Human Services, U.S. Department of Labor, U.S. Department of State, and the National Academy of Medicine on issues of human trafficking and testified as an expert witness multiple times before the U.S. Congress. Moreover, she has conducted research on trafficking and persons facing the most significant social, economic, and health challenges in a diversity of settings including Australia, China, Egypt, Guatemala, India, Liberia, Nepal, Kazakhstan, the Philippines, South Sudan, Taiwan, and Thailand. Among other accolades, Dr. Stoklosa has been honored with the U.S. Department of Health and Human Services Office of Women’s Health Emerging Leader award, the Harvard Medical School Dean’s Faculty Community Service award, has been named as an Aspen Health Innovator and National Academy of Medicine Emerging Leader. Her anti-trafficking work has been featured by the New York Times, National Public Radio, Glamour, Canadian Broadcasting Corporation, STAT News, and Marketplace. Dr. Stoklosa published the first textbook addressing the public health response to trafficking, “Human Trafficking Is a Public Health Issue, A Paradigm Expansion in the United States.” 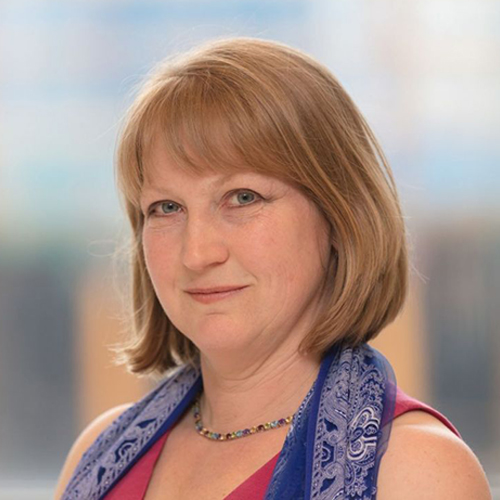 Jean Bruggeman is the Executive Director of Freedom Network USA (FNUSA), the nation’s largest alliance of advocates working with survivors of all forms of human trafficking in the US. FNUSA uses a human rights-based approach to ensure that trafficked persons have access to justice, safety, and opportunity through coalition-building, training and technical assistance, and policy advocacy. Jean served as a Human Trafficking Fellow with the Office for Victims of Crime within the US Department of Justice from 2012-2015. She provided leadership in the development of the Federal Strategic Action Plan for Services to Victims of Human Trafficking in the United States, the first OVC Human Trafficking Survivor Forum, and the OVC video series, “The Faces of Human Trafficking.” Jean has over 20 years of victim services experience and expertise in nonprofit management, language access, immigration, human trafficking and domestic violence. She has developed comprehensive legal and social services programs for survivors, provided direct legal representation to survivors, authored training resources, and developed an interpreter service to ensure access to legal services in the District of Columbia. She is a graduate of the Georgetown University Law Center and Bryn Mawr College, and is a member of the DC and Maryland (inactive) bar associations. 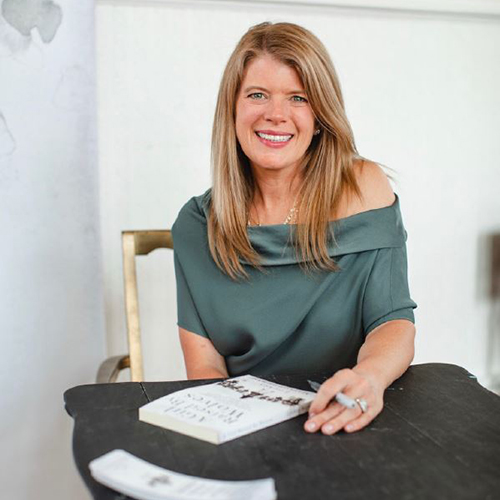 Lockey Maisonneuve is an author, certified yogi, and meditation guide. She guides yoga and meditation classes for incarcerated men and women, ICE detainees, folks in drug and alcohol recovery, mental health patients, gang members, and at-risk youth in inner-city schools. Lockey’s unique experiences give her credibility to share mindfulness programs in these marginalized communities. As you read her memoir, A Girl Raised by Wolves, you will learn that she was neglected, abused and sold into sex trafficking by her father. She was made to feel worthless and invisible by the very people who brought her into this world. Lockey collaborates with several local and national organizations in order to help victims and advocates when dealing with victims of rape, abuse and sex trafficking. She incorporates her own experiences, insight, as well as her jersey girl sarcasm and humor to support others along their healing journey. Learn more at www.lockeymaisonneuve.com, Instagram @lockeymaisonneuve, Facebook @AGirlRaisedByWolves

To register for “Human Trafficking 101,” the free virtual community night on Tuesday, May 11, 2021 and for more information about the event, click here.

To register for the two-day virtual conference on May 12 and 13, 2021 at the Early Bird rate of $149, click here. Light 2021 is hosted through Whova, all participants will receive an email with details about how to sign up for sessions, create a profile, and network with other attendees!

*Please note, there is no one-day option for this event.  All participants will receive a link to the recorded conference, available for a limited time after May 13, 2021.

*If you are registering multiple people, they must be registered individually so the conference committee may obtain accurate CEU and contact information.

FIND OUT MORE ABOUT OUR INAUGURAL CONFERENCE

HEALTH AND SAFETY ARE IMPORTANT TO US

FIND OUT MORE ABOUT OUR

All victim services are free and confidential.

The light is coming!

Registration is now open for Light 2021: A Virtual Conference on Human Trafficking and the free community night.