Center for Prevention of Abuse > About Us > Our Leadership Team 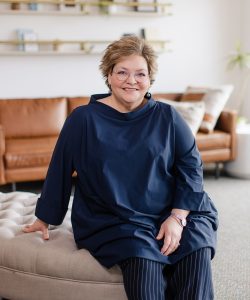 Carol began serving as Chief Executive Officer for the Center for Prevention of Abuse in March 2015. Before joining CFPA, Carol served the 18th Congressional District for more than 25 years working in and overseeing the constituent and community service operation for three members of Congress. During her tenure in the congressional office, she enjoyed doing advocacy work, building strong and lasting professional relationships, and providing leadership. She enjoys doing the same with those whom CFPA serves, those who provide support, and people and organizations who share CFPA’s meaningful vision and mission for peace. Under Carol’s direction, since 2015, she has successfully lead the organization through the State of Illinois’ longest budget impasse while increasing its fundraising revenue. She has strengthened CFPA’s relationships with elected officials and policy makers and created a new department dedicated to serving victims of human trafficking. Carol has been awarded the 25 Women in Leadership, iBi Magazine’s Woman of Influence, Federal Executive of the Year, Illinois Rural Partner of the Year, 40 Leaders Under Forty, the 2019 ATHENA International “Woman of the Year” by the Peoria Area Chamber of Commerce, was a finalist in NexStar Broadcasting’s nationwide “Remarkable Women” campaign in 2020, was awarded 40 Leaders Under 40 “Alumnus of the Year” by Peoria Magazines, and won the 2021 “Business/Professions” award by the Women’s Fund and the Community Foundation of Central Illinois. 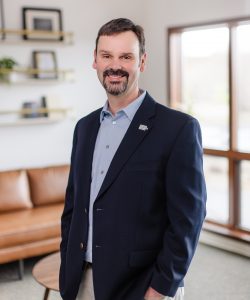 Kevin Nowlan joined CFPA in 2002 where he served in a variety of capacities over a 15-year period. He began as a Prevention Educator and then was promoted to Prevention Education Coordinator. He was promoted again to Next Step Transitional Housing Supervisor, Residential Services Supervisor, Director of Residential Services, and finally, as Associate Executive Director. He accepted a position as Continuum of Care Director at the Heart of Illinois United Way in 2016 and returned to CFPA as Chief Operating Officer in May 2019. He serves in leadership capacities across Central Illinois promoting peace, nonviolence, and high levels of care for vulnerable populations in Illinois, including the governing board of Illinois Supportive Housing Service Providers and the program council of Illinois Coalition Against Domestic Violence, as well as multiple committees for the Heart of Illinois Homeless Continuum of Care. He has been awarded 40 Leaders Under 40. 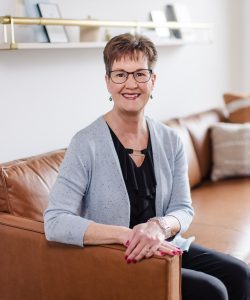 Mary Beth has been at the Center for Prevention of Abuse since 1993. She was promoted to Chief Financial Officer in 1999. She worked side by side with the architectural firm and contractors during the building phase of the administration building and the Next Step Transitional Housing apartments. Mary Beth is currently the Director of Business Operations and is responsible for the fiscal functions of the agency – Accounts Payable, Payroll, and management of 45 individual government/community grants. 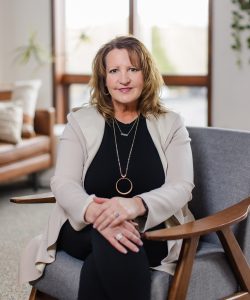 Julie has been an advocate for victims of sexual assault and domestic violence for more than 30 years. She currently serves as the Director of Sexual Assault and Advocacy Services at the Center for Prevention of Abuse in Peoria, Illinois. Her responsibilities include overseeing the Sexual Assault Services Program, the Order of Protection offices within each of the courthouses in Peoria, Tazewell, and Woodford counties, and the 24-hour medical advocacy response program to survivors of domestic violence and sexual assault. Julie hosts regional college summits, which address the issue of sexual assault occurring on college campuses. Staff from many colleges and universities in the region participate in discussions regarding policy, prevention, response to victims, and understanding Title IX requirements, all with the goal of providing the highest level of victim sensitivity to survivors who came forward to disclose abuse and assault. She has also served as a Convener of the ICASA Governing Body and is the current Chair of ICASA’s Personnel Committee. She is an Illinois Certified Domestic Violence Professional (ICDVP) and a Certified Partner Abuse Intervention Professional (CPAIP). Julie also worked closely with Illinois Imagines for years, a collaboration of CFPA’s sexual assault program, self-advocates, and disability service providers working to improve the response to sexual assault survivors with disabilities. 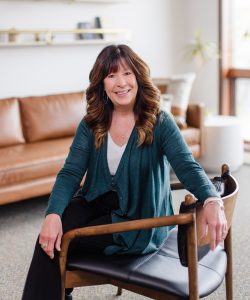 Laura has dedicated herself to the Center for Prevention of Abuse’s Prevention Education department since 2012, when she joined CFPA staff as a Prevention Educator. She was promoted to Prevention Education Coordinator in 2014 and most recently, joined the Leadership Team in 2018 as Director of Prevention Education. Laura is responsible for providing supervision and oversight to the team of Preventionists and the Prevention Education curriculum that reaches more than 35,000 students annually. She designs and implements programming focused on child sexual abuse prevention, social and emotional learning, healthy relationships, teen dating violence, bias-based bullying, abuse prevention of individuals living with disabilities, and more, within Peoria, Tazewell, and Woodford counties. She is passionate about the power of prevention, reaching students at a young age, and building safe and peaceful learning communities. She was the 2021 winner of the “Education” Award by the Women’s Fund and the Community Foundation of Central Illinois and was honored as one of WEEK’s 25 Women in Leadership in 2021. 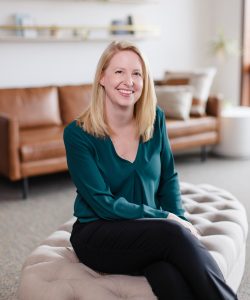 Holly is the director of the Illinois Department on Aging’s Adult Protective Services Program, which provides services to seniors and adults with disabilities who are abused, neglected, or financially exploited.  Holly has been with the Center for Prevention of Abuse since 1997 and has worked as an Elder Abuse Caseworker, Outreach Coordinator, and Supervisor within the Adult Protective Services department.  Holly is a graduate of Eastern Illinois University with a degree in Psychology and a minor in Women Studies.  Holly has a background of working in both domestic violence and sexual assault prior to coming to CFPA.  Holly participates in several community committees including Caring Connections, The Adult and Disabilities Resource Network, and the Peoria County TRIAD.  In 2014, she received the Peoria County TRIAD social service award and has been recognized as one of the area’s 25 Women in Leadership. 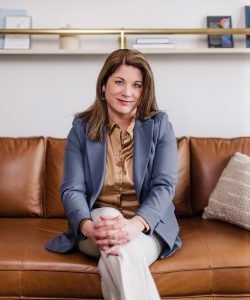 Ann Langenstein, Director of Human Trafficking Services for the Center for the Prevention of Abuse, oversees department operations and services for labor and sex trafficking survivors. She facilitates trainings for law enforcement, medical providers, and community organizations and is a member of the Central Illinois Human Trafficking Task Force. Before joining CFPA in 2022, Ann previously worked for the Madison County Circuit Court as a Judicial Assistant for the Chief Criminal Judge and managed the Domestic Violence Accountability Court. She was instrumental in developing a coordinated community response to intimate partner violence cases. Her extensive experience in management and organizational development led her to value diversity, inclusion, equity, and accessibility.  Ann received her B.A. in Criminal Justice from St. Louis University. 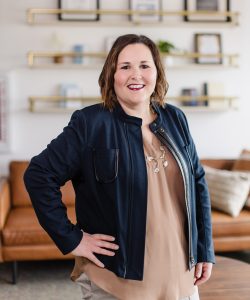 Fran began her career in social services as a contract worker for The Illinois Department of Children and Family Services before she joined the Center for Prevention of Abuse in 2010 as a Domestic Violence counselor. Her leadership qualities and dedication to serving CFPA clients helped propel her to supervisor of both CFPA emergency shelters, before beginning her role as Director of Domestic Violence Family Centered Services. Fran is an Illinois Certified Licensed Domestic Violence Professional and serves CFPA Spanish-speaking clients by translating for multiple departments. She oversees case management and domestic violence counseling for children and adults utilizing CFPA services. Fran was named a CI Hero by WMBD/WYZZ in 2020 and recognized as an Outstanding Team Member by the Pekin Area Chamber of Commerce for her response to COVID-19 and her commitment to building a safe and peaceful community. Fran was also named one of WEEK’s 25 Women in Leadership in 2021. 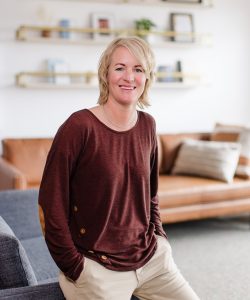 Sara Runyon has passionately worked in social services for more than a decade. She joined CFPA in 2021 as the Clinical Director and oversees the team of master’s-level therapists, offering leadership and clinical oversight to the hundreds of abuse and assault survivors served by CFPA each year. She has served in a variety of leadership capacities at nonprofits and social service agencies in Illinois, focusing her work on helping and serving vulnerable populations, including homeless individuals and families and veterans. She completed her Bachelor of Arts from Illinois Wesleyan University, her Master of Social Work from the University of Illinois – Champaign-Urbana, and is a Licensed Clinical Social Worker with vast experience in grant guidelines, driving results to meet agency and programming benchmarks, and setting and achieving strategic goals. Her dedication to CFPA’s mission is an asset to CFPA, her team, and to all survivors seeking a more peaceful life. 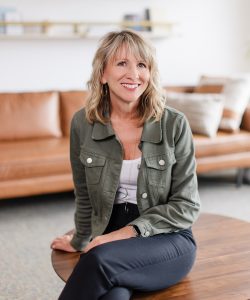 Kim joined the Center for Prevention of Abuse in 2016 as the Grant Development & Research Specialist after 12 years serving in another nonprofit sector. In 2022, she was promoted to Director of Grants Administration and is responsible for the coordination of grant management, including researching grant opportunities, preparing grant applications, administering grant activities, and monitoring grant compliance for government and private grants that fund approximately 75% of CFPA’s annual budget. She is enthusiastic about managing details and meeting deadlines. Kim completed her Bachelor of Science degree in Business Administration from the University of Illinois – Champaign/Urbana. 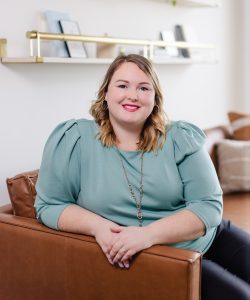 Celsy Young started her career in journalism as a producer for 25 News, organizing and creating compelling newscasts and stories for viewers in Central Illinois. In 2016 she joined the Center for Prevention of Abuse as the Marketing and Communications Coordinator. Her dedication to organizing successful special events, while also engaging and building relationships with donors, volunteers, and community partners, led her to a supervisor position within the Marketing Department before beginning her role as Director of Marketing and Communications in 2022. Celsy is passionate about using creative marketing strategies to raise awareness and deepen the impact of the important work done at CFPA. Celsy received her B.A. in broadcast journalism with a minor in civic engagement from Illinois State University.

ENTER FOR YOUR CHANCE TO WIN IN OUR

HEALTH AND SAFETY ARE IMPORTANT TO US

FIND OUT MORE ABOUT OUR

All victim services are free and confidential.